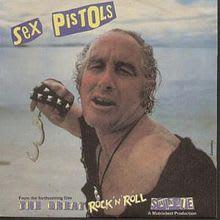 A little punk? Why not!

First pressing from The Sex Pistols …

No One Is Innocent was the fifth single by the British punk rock band the Sex Pistols. It was released on 30 June 1978. The Pistols had split up early in 1978, losing bassist Sid Vicious and original lead vocalist Johnny Rotten. “No One Is Innocent” was recorded by remaining members Paul Cook and Steve Jones, with vocals performed by Ronnie Biggs, a British criminal notorious for his part in the Great Train Robbery of 1963. At the time of “No One Is Innocent” Biggs was living in Brazil, still wanted by the British authorities, but immune from extradition. The song was credited to Cook, Jones and Biggs.

At the time of writing this there is a copy of this available on our website. The record was rarely played on radio at the time due to its criminal links.

Also available as I write is White Riot. This  is a song by English punk rock band The Clash, released as the band’s first single in March 1977 and also featured on their debut album.

Lyrically, the song is about class economics and race and thus proved controversial: it is reported some people thought it was advocating a kind of race war.

The song was written after Joe Strummer and bassist Paul Simonon were involved in the riots at the Notting Hill Carnival of 1976.

This is also a rare first pressing in excellent condition. 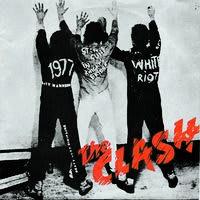 Pick up rare collectables and revisit your favourite genre. We have recently added 250 records to the website.